With the launch of the latest GoPro with LCD, everything pointed to the manufacturer of action cameras had its catalog defined for this 2015. GoPro Hero 4 Session model for each range of use with prices adjusted for all types of needs. Everything pointed to that there would be more news, but no, we have a new member.

Its name is GoPro Hero 4 Session and after this name is a camera that in form factor is completely different from what we have seen to date. Much smaller, with a simple design but where the benefits have not been compromised. We tell you more about her.

GoPro Hero Session is a camera that according to the company itself is to use every day. Not only for moments of action but also for more everyday situations such as spending a day on the beach, going to the pool or a concert. Session makes a clear apology to where they want to go: our sessions, our moments.

The camera as it comes to us already has a waterproof housing, specifically at depths of up to ten meters. It is not necessary to put an accessory to give this attribute.

Inside we find an 8-megapixel sensor capable of recording video at 1440 to 30 frames, 1080p at 60 fps and several options at 720p and VGA. Support for UHD/4K remains for the exclusive GoPro Hero 4 Black. Despite its resolution, we should not let ourselves be carried away by it because its sensor is up to the task.

In the photography part, you have a mode to take photos at 8 megapixels with a shooting capacity of ten images per second. If then we use your application for desktop or mobile device, we can make a video time-lapse joining all in the same chain.

According to GoPro, Session is a completely new project for them, and it has not been tried to embouchure the specifications of another model in a smaller body. It is a development from scratch where different materials and components have been used to the rest of the models.

In terms of connectivity, we have two options: WiFi or Bluetooth. You can set a home wifi connection with this camera. In both cases, it provides the same purpose: communicating with the application and doing the data dump. As for storage, we have a microSD slot and a charger, finally, micro USB so we can load directly with the same we use for the mobile.

The camera has a legendary design. Thanks to the low profile frame we can connect it to the accessories very quickly and without using the classic screw that most use. Unfortunately, not all accessories will be compatible with this new type of connector at the moment. Of course, we can continue using the rest with the screw without any problem.

The camera has a small black and white display from which we can manage the connection of the camera or the modes in which we are going to record. We only have two buttons: one to turn on and one to record. It is simpler than other models, but the combination of both is enough to move around the interface.

In the audio, it has a pair of microphones, one on the front and the back. According to the people of GoPro the amount has improved significantly compared to other models and now can get more quality in difficult situations such as underwater or windy. In fact, for this last one, they have added an algorithm to reduce the noise and that the capture of the sound that interests us is more efficient.

As for the battery, Hero Session can record two and a half hours without interruption without major problems.

As in previous models, we can label special moments (Highlights) by simply pressing the record button while it is in it. All this we will be able to manage it also from the own mobile application that is updated today to give support to the GoPro Hero Session.

Where is this camera placed in front of the rest of GoPro? According to the company, it is in a range identical in quality to the Hero 4 Silver. That is, a powerful model, with very good features but without the incentive of UHD / 4K.

At the moment, GoPro has not confirmed the price and availability of this model for Asia, Europe, and Latin America. It will arrive shortly, throughout the month, but without a public date yet. In the United States, it will come out for 399 dollars. It is an amount that serves as a reference to know how long it will arrive here.

Making the most of CCTV for the home. 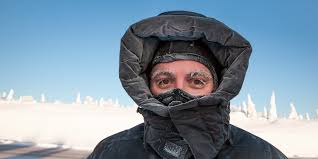