MPs have raised concerns that almost 50 percent of UK clinical trials do not publish their results, potentially leading to health risks.

The Science and Technology Committee fears that non-publication of clinical trial results skews the published evidence base and menaces the integrity of research. The Committee has concluded that the Health Research Authority (HRA) is not doing enough to improve the rate of reporting. Committee chair, Rt Hon Norman Lamb MP, comments that urgent action is required in order to enforce current regulations and impose stringent sanctions on those who fail to publish. Public money is behind many trials, and taxpayers deserve adherence to the rules and full publication.

Dr Ben Goldacre at the Evidence-Based Medicine Data Lab has demonstrated with an online trials tracker that the majority of pharma organisations have good reporting rates, but universities and others present more of a mixed picture.

For example, Public Health England has three overdue meningitis vaccination-related trials dated between 2010 and 2016, while the tracker records that many NHS Trusts have large amounts of unreported data. Mr Lamb comments that public trust in medicine could easily be jeopardised when the health system so blatantly fails to meet standards of transparency.

Adaptive phase 1 studies are fully reported by companies such as https://www.richmondpharmacology.com/specialist-services/adaptive-phase-i-studies.

The Committee considers that the HRA needs government funding to set up a national monitoring programme to audit transparency in clinical trials. This includes an official list of published UK trials and those which are due. The government needs to consult on whether to bestow the HRA with statutory powers to fine aberrant sponsors.

Mr Lamb stressed that people join trials hoping to supply valuable findings to doctors. They are betrayed if the results are not made public.

Transparency organisations, Transparency International Health Initiative and TranspariMED said they welcome parliament’s attention to the matter. Dr Till Bruckner, founder of TranspariMED, comments that the stakes are high for both patients and taxpayers. For example, when the results of eight trials were hidden, the NHS spent £600 million on Tamiflu in error. The government, therefore, needs to act sooner rather than later. 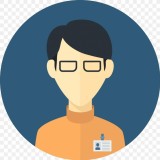 How to increase sales in a restaurant? Amazing tactics Are Financial Advisers Better Off Working for Themselves? 8 secrets to building your online community How to be a better person and be happy? 7 Surprising Secrets of Total Overcoming